Markers are tags in the conversation, which reflect in Analytics. These are reflected in Bot Report to identify the exact number of execution of particular flow.

For example. A travel chatbot can have following flows:

You can tag these conversation with a Marker.  Eg. If you insert a maker “Book Flight”, it will be reflected in a Bot Report with the same name. This helps to categorise the conversations in Report, and get a close look at a number of conversations using marker name.

How to add a Marker in conversation?

Chatbot reports calculate using start and end markers. You can add one or more markers in a single chatbot conversation. A marker will be counted only if the start and end of the marker is hit in the same chat session. You can assign a suitable name to the marker which will reflect in bot report.

For example in Travel Bot, we will add a marker in Flight Details point. This will reflect in bot report – how many times this flow got executed. 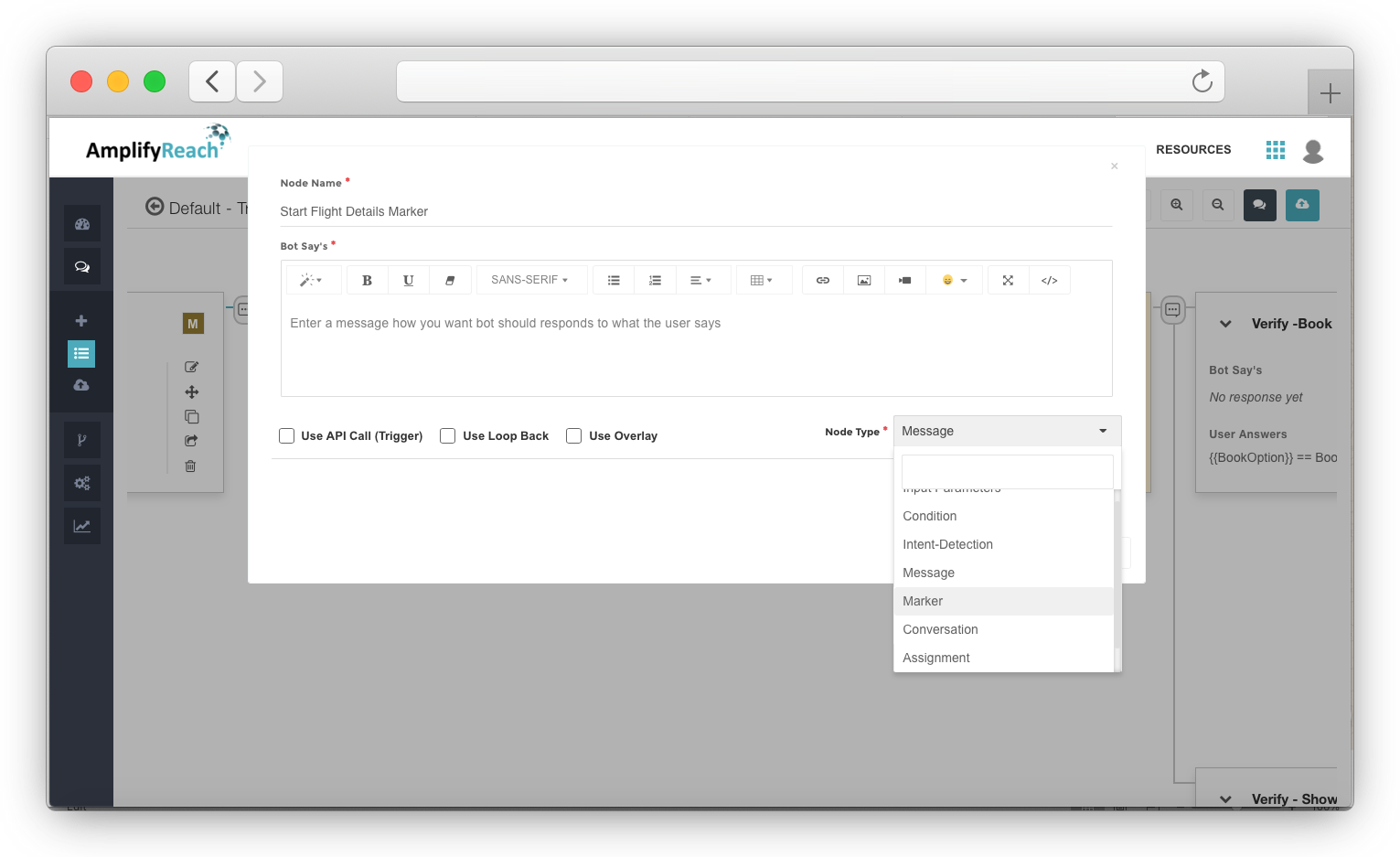 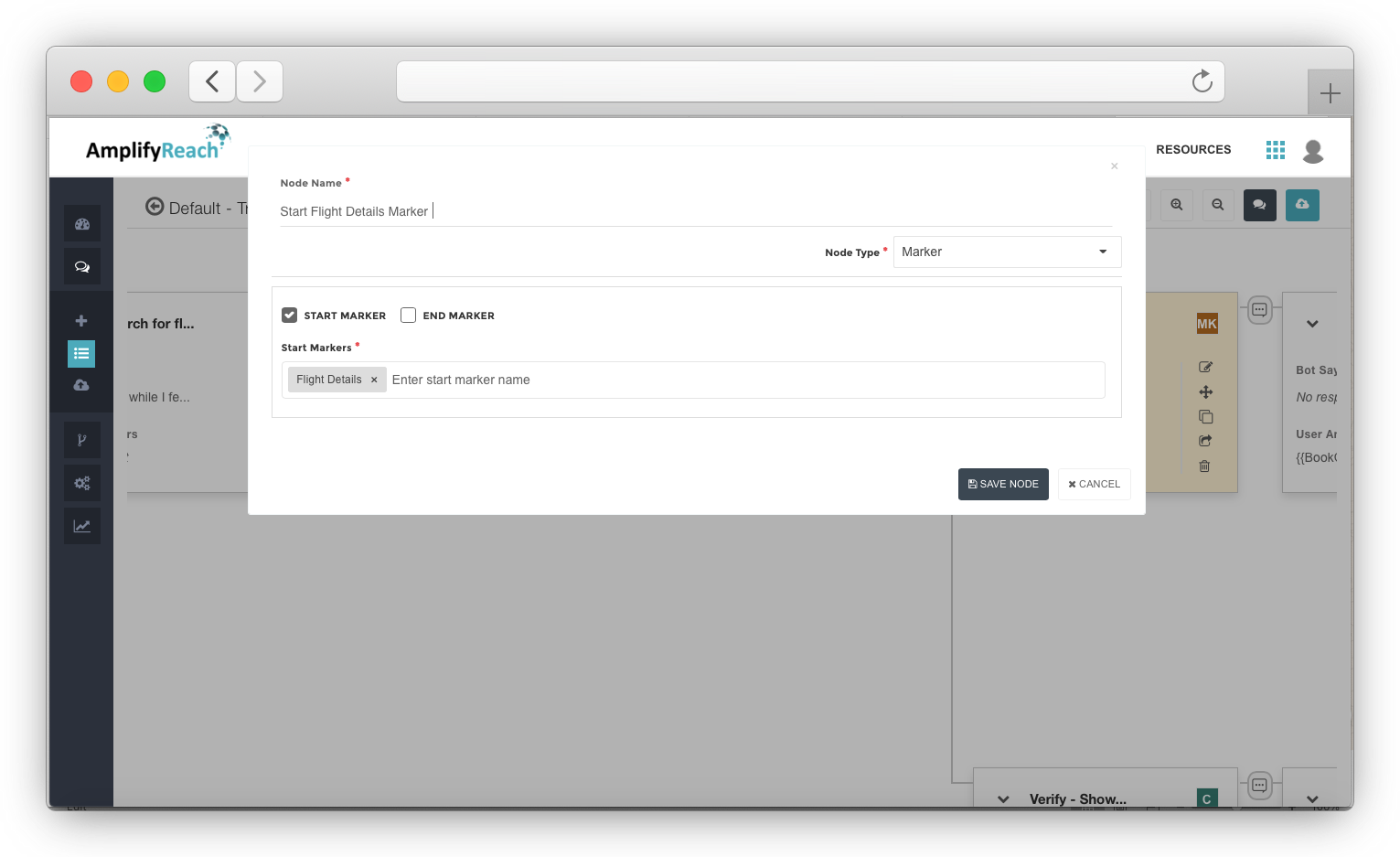 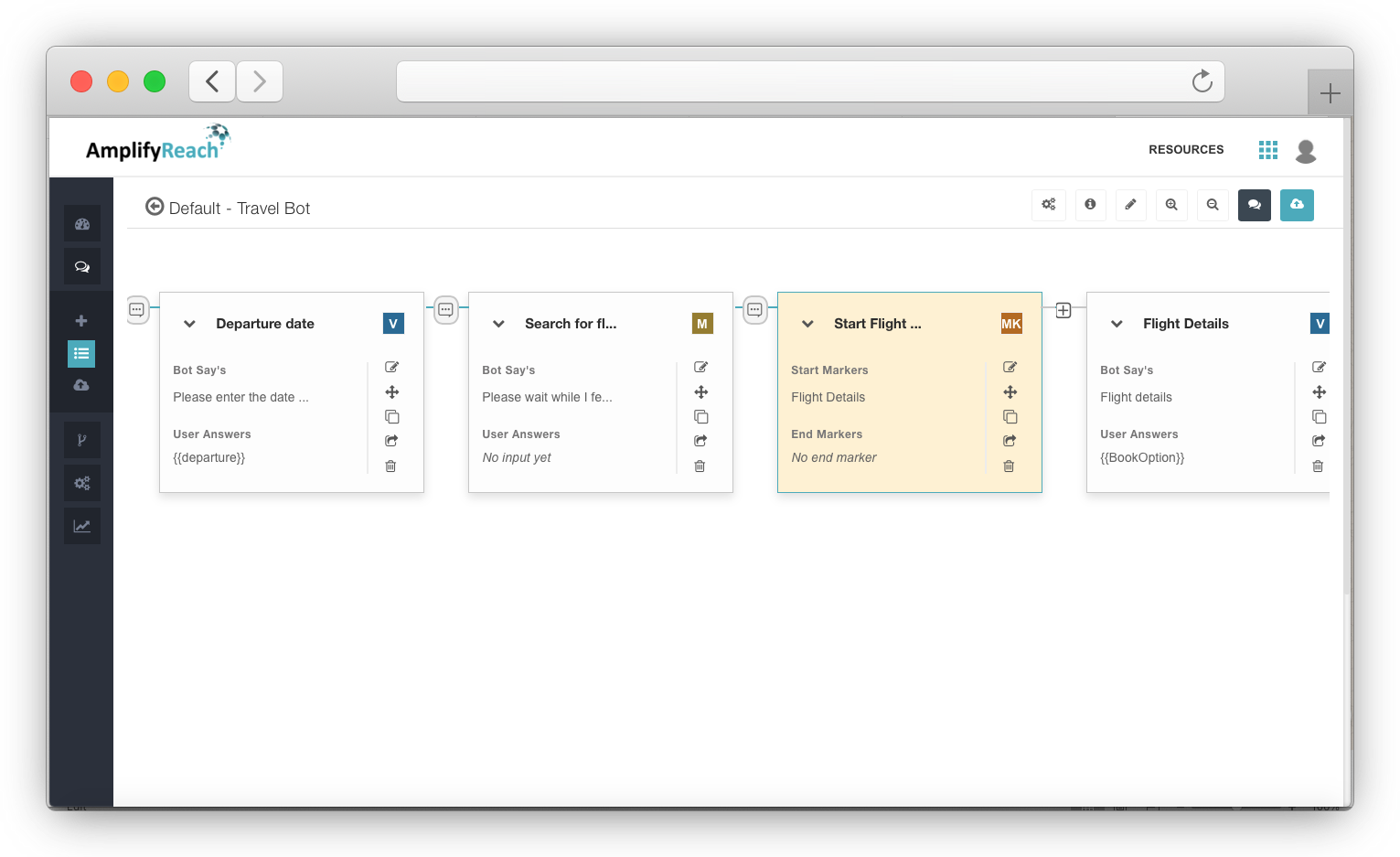 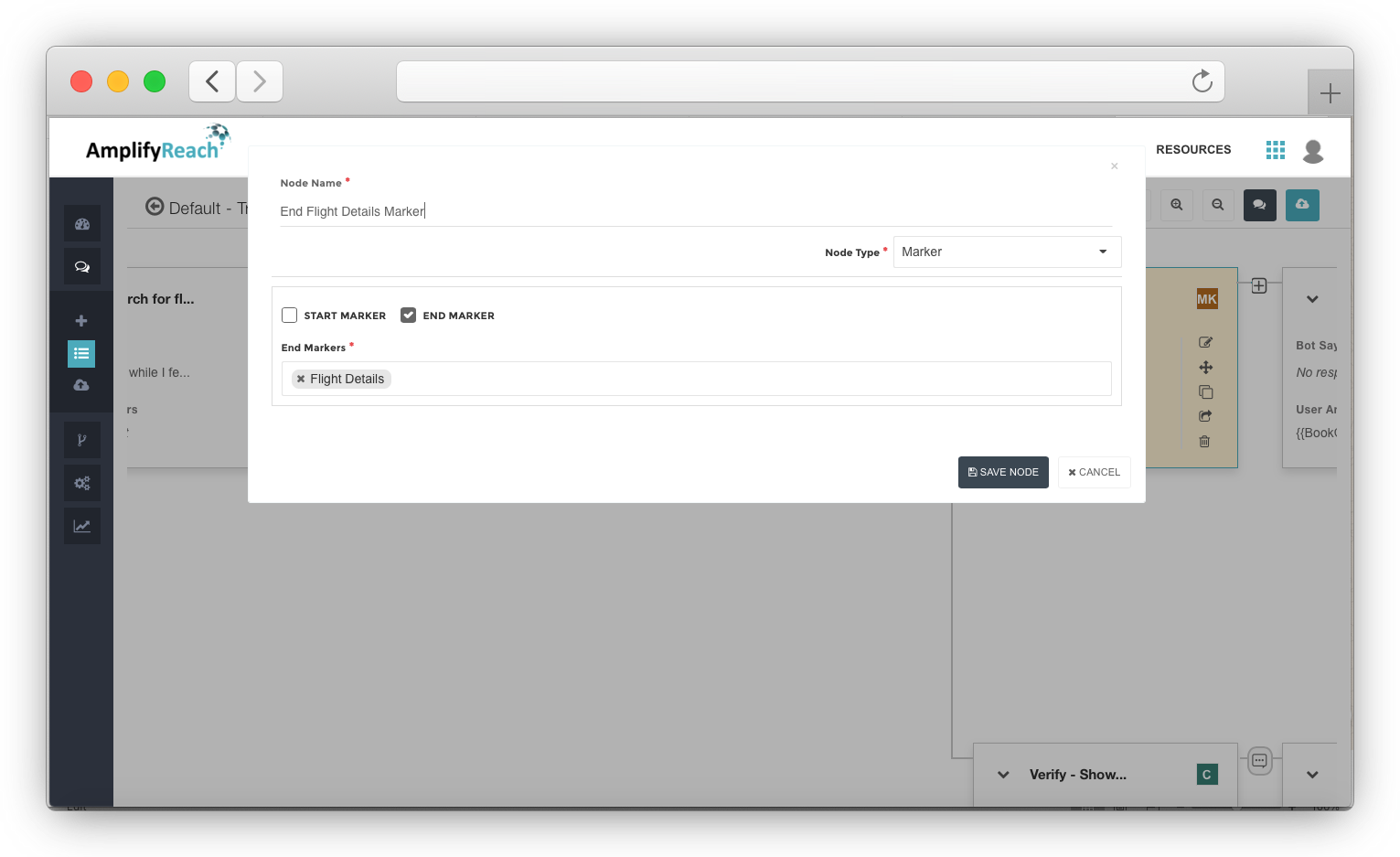 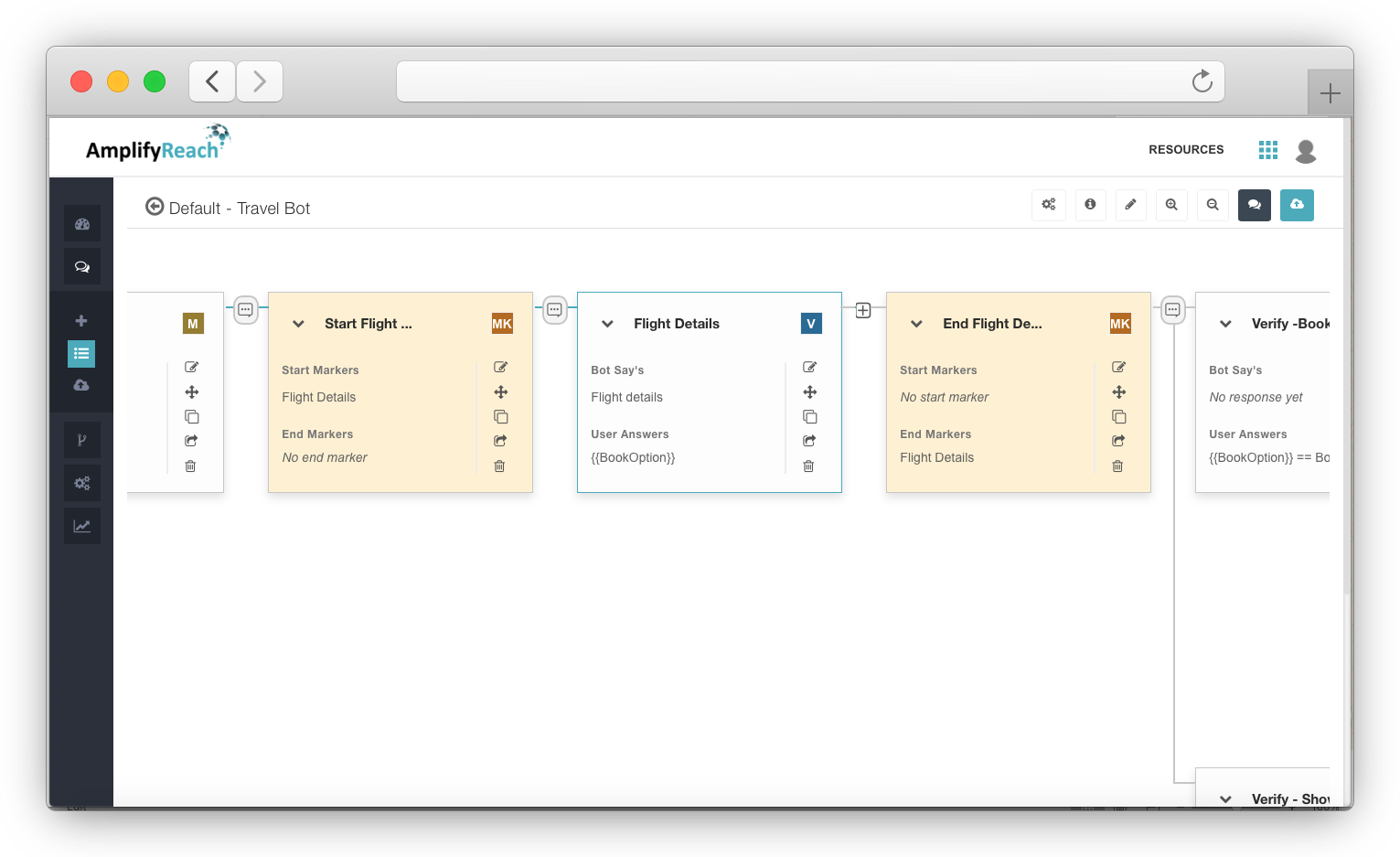